The church is reopened for Sunday services and adult meetings to those who are vaccinated.

Social distancing and masks are required.

Children's Religious Exploration remains closed until a vaccine is available for those under 12. 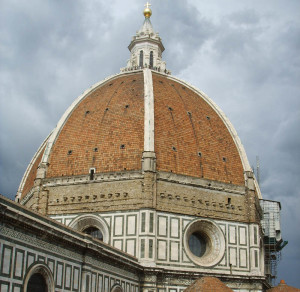 (Mary Erickson has been coming to church for three to four years, but only joined six months ago. She has committed to working on the St. Paul’s project with the Social Justice activists. She is a talented artist has has done a couple of projects for the church, the CornUUcopia painting and the design for the silk screening project on February 16th.)

Irish Catholic is a well-known term, but Scandinavian Catholic is not so common – almost an oxymoron. My mother was born in Sweden, and like most Swedes was a Lutheran before becoming a Catholic. Since she converted shortly before my birth, it was only natural that her third daughter be named after the Blessed Virgin. From the date of her conversion her goal was to move ever toward a life of adherence to the rigid doctrines of the church, carrying me, albeit often kicking and screaming, along with her. This wasn’t as true with her other three daughters, since two of them became nuns at a young age and the other was a rather timid child. But still, she was my mother, and though small and shrunken at the time of her death at ninety-one, she had earlier in my life wielded great power.

It was a given that my sisters and I would receive a Catholic education. The school in the small town where I grew up was ruled over by priests straight from the seminaries of Ireland, which wasn’t a great thing for a child with a delicate conscience. Suffice it to say that between the strict moral lessons of my educational system, backed and often “improved upon” by my convert parent, this young girl was faced with numerous quandaries.

For instance, back in the day we went to confession every Saturday. We didn’t have to confess venial or small sins. Examples of venial sins were fighting with one’s siblings or arguing with one’s parents. Mortal sins, or grievous offenses, must be confessed. Most kids under ten didn’t go around with this latter blemish darkening their souls, but since the conditions to commit a mortal sin were quite complicated, to be on the safe side, many confessed them anyhow. After all, who wants to chance suffering the fires of hell for all eternity?

My mother did allow me to go to a movie once in awhile, that is if it wasn’t during Lent. But there were still a couple of other hurdles to overcome before I could be on my way. It was considered sinful by mother and the church for girls my age to see a movie that wasn’t listed in the church’s Legion of Decency as A-l. These movies were probably equivalent to the G rating of today. The Legion had other ratings, but the worst was C, or condemned. Any Catholic who went to one of these movies committed a mortal sin. To make things tougher for me, even if a movie was on the A-1 list, I couldn’t see it if Van Johnson was in it; since he’d stolen Keenan Wynn’s wife. The same was true of movies starring Errol Flynn, whose private life in my mother’s view was also scandalous.

One day my friends and I met in front of a theater where an A-1 movie was playing. But when they decided the A-3 showing at another theater sounded better, I was faced with a serious dilemma. I wasn’t sure at this time whether it was a mortal sin to go to the A-3 movie. And say it was only a venial sin; I’d still be committing another sin of disobedience. While I was standing there trying to figure out whether two venial sins equaled a mortal sin, my friends all left. So I just headed home. I’d started to get a headache, anyhow.

An upbringing such as this kept me almost as pure as my namesake throughout my teen years and beyond, although I was often tempted to throw the whole thing over and become one of those “popular girls” who gave their dates more than just a chaste good-night kiss. It is quite common for those in their late teens to begin to question the teachings of their childhood. It took me a bit longer. I was over thirty when I was told by one of the younger, more modern priests that I had the right to use my own conscience. In other words I was finally given permission to think for myself. My separation from the Catholic Church was traumatic for myself, as well as for those close to me.

It was only natural that after years of exploration and experimentation I wound up at a Unitarian Universalist. After all one of this church’s principles is “A free and responsible search for truth and meaning.”